Get to know your new favorite tee – it’s super smooth, super comfortable, and made from a cotton touch polyester jersey that won’t fade after washing.

Emperor Menelik II GCB, GCMG (Ge’ez: ዳግማዊ ምኒልክ, Dagmäwi Menelik [nb 1]), baptised as Sahle Maryam (17 August 1844 – 12 December 1913), was Negus[nb 2] of Shewa (1866–89), then Emperor of Ethiopia from 1889 to his death in 1913. At the height of his internal power and external prestige, the process of territorial expansion and creation of the modern empire-state was completed by 1898, which expanded the Ethiopian Empire to the extent of the historic Aksumite Empire. Menelik was also remembered for leading Ethiopian troops against the Kingdom of Italy in the First Italo-Ethiopian War, where Menelik scored a decisive victory at the Battle of Adwa.

There are no reviews yet. 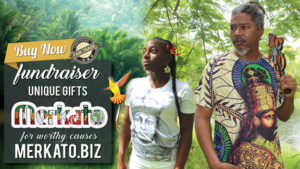 Merkato Fair Trade Gift Shop is a Fundraiser of RasTafari.TV™ a charitable organized nation and heritage depository ARChive catering to the socially conscious community.   Shop and support a worthy cause and help power our missions and causes to provide 24/7 strictly conscious multimedia for posterity.